Moonie has great taste. When his eyes gleamed as he mentioned that he was planning our Friday night, I figured it would involve some kind of junk food. Instead, our plans involved tasty, hearty food for the soul: a house concert starring Ben Stalets, John Faraone, and Ian Fitzgerald. It was held at a cozy home in East Providence with a respectful audience, and it was such a wonderful night of beautiful tunes.

Ben was the only one Moonie and I hadn’t yet seen perform, although we knew he’d been touring with Ian and were more than a little curious about the guy described thus: “His shit-eating grin gives way to a Hank Williams howl, a knack for storytelling reminiscent of your grand pappy, and a level of honesty only shared amongst life-long friends.” The description turned out to be 100% true. Ben was a great storyteller and fingerpicker, and he wasn’t shy about making us groan a few times with bad jokes, either. Moonie’s pipsqueak little voice howled across the room when Ben introduced a song written while dating a blind woman and joked that at least he hadn’t had to worry about her seeing other people. All in all, wonderful music from the grinning storyteller. 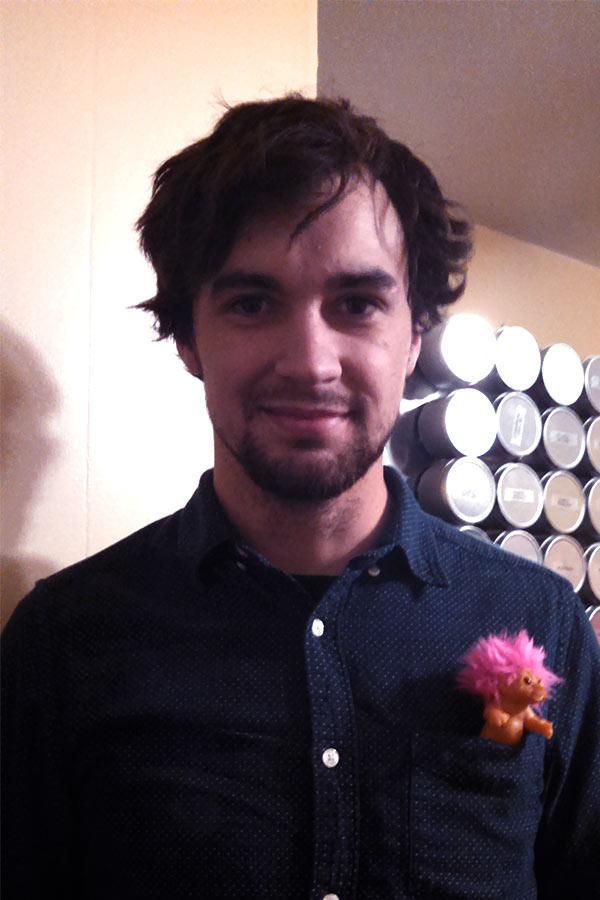 Next up was Moonie’s pal John Faraone, who is always enjoyable for his lovely songs – many of which invoke scenes of nature that invite you to revisit scenes in your head of similar places you’ve been and breathed – balanced with a witty sense of humor. With his slightly rounded feet, Moonie had a little trouble climbing up and balancing on John’s guitar, but John was patient and waited for him to stand just where he wanted so we could take this great pic of the two of them. John didn’t even mind that my phone blinded him with its flash. 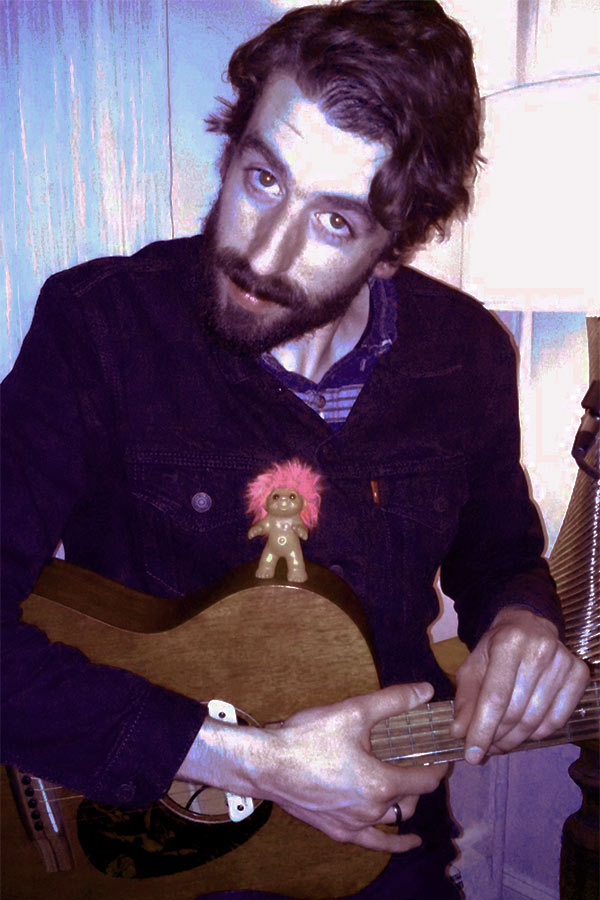 END_OF_DOCUMENT_TOKEN_TO_BE_REPLACED

What a wonderful concept: the Providence Public Library is just about halfway through its three-month hosting of “Don’t Stop the Music”, a celebration of music and music making. The library is hosting a mixture of exhibits, workshops, films, and live music (curated by my friend Chris Daltry) in its gorgeous 193-year-old halls. Last night Moonie and I caught three amazing acts of live music among its marbled halls: Chris Daltry and Mark Howard from The ‘Mericans; Allysen Callery; and John Faraone joined by his very tall but very lovely-voiced friend Thomas Woulfe. Moonie was in heaven during the performance, and of course he had to pop up on stage when it was over to absorb the last few notes of music still echoing in the library’s hallowed halls. Apparently the music is easier to hear if you pull some surfing moves on the music stand. 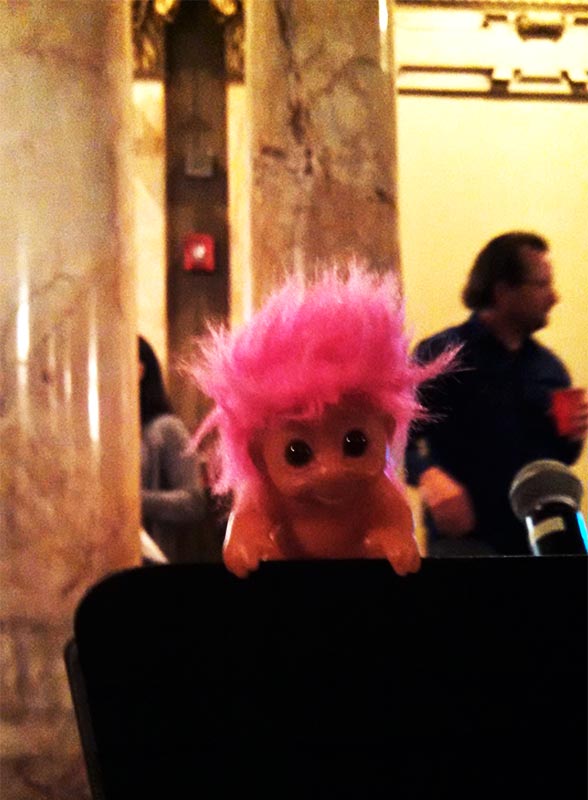