This past spring, unicorns descended on Greater Providence thanks to artist Camomile Hixon and curator Helene Miller. Sparkly pink unicorns appeared in libraries by the dozen, while “missing unicorn” posters adorned telephone poles all over Providence offering a reward if the unicorn was found. It’s been nice having a little magic around our fair city between the life-sized glitter unicorns – which dispersed to various places after their installations at the Providence and Warwick public libraries ended – and the search for the missing unicorn, which included its very own phone booth hotline for anyone spotting one.

Moonie, loving anything glitter and anything magic (not to mention pink and purple), has been over the moon for the “unicorns in residence.” Don’t tell him that the project will end this month, because ever since he and I found each other in April, he’s also had a knack for finding unicorns around town.

This was his favorite, because pink and glitter.

But then this became his favorite, because he loves purple as well. And of course the glitter. 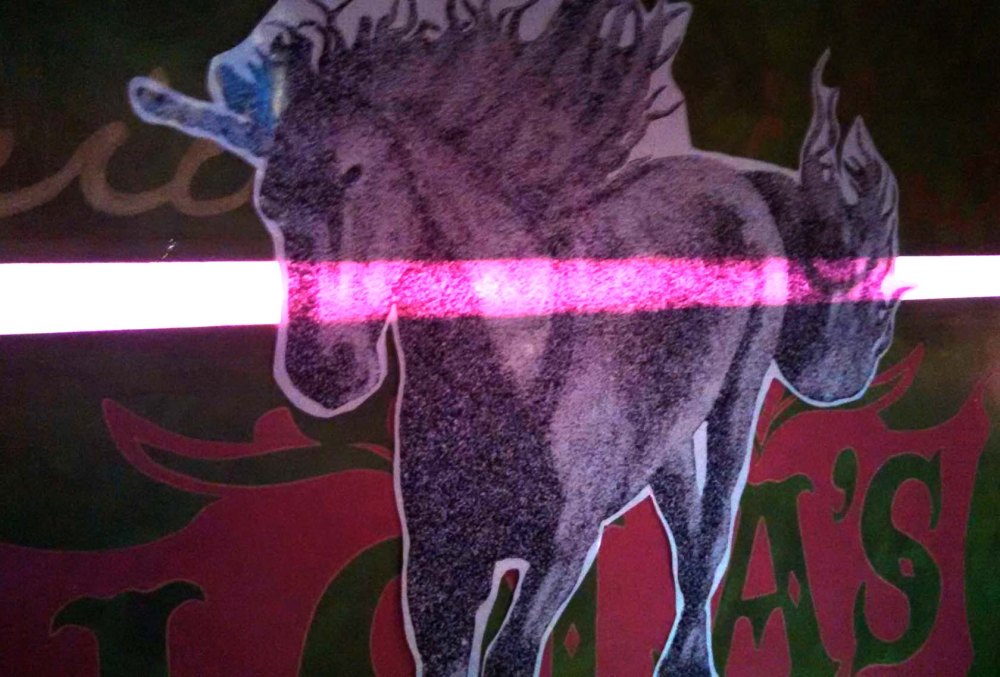 And then he found the special unicorn hotline phone booth, which is completely decked out in sparkles.

He immediately hopped up to speak into the phone after reading that there was a reward.

“Shh,” he whispered. “I have to ask them a question first.”

I figured it would be whether his reward could be cookies, so I waited. 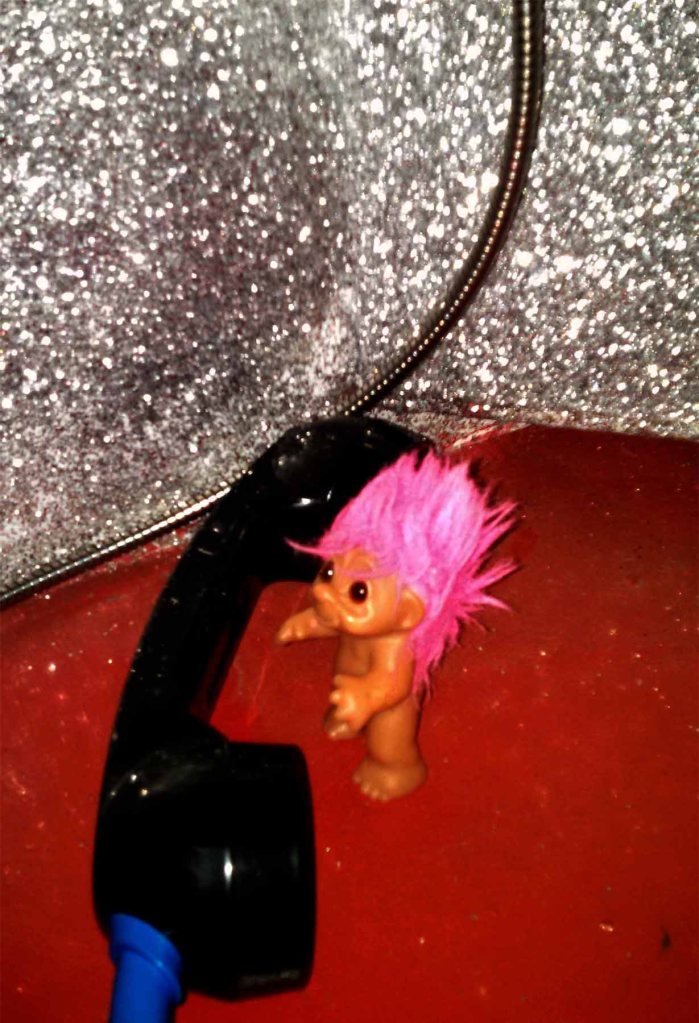 “Do unicorns really fart rainbows?” he asked the person on the other end of the hotline.

I never did hear what they told him, but he seemed pretty happy with the response. He has a thing for both fart jokes and rainbows, so his overwhelming love for unicorns is starting to make more and more sense.