As the wind whipped and howled during the snowstorm that started around noon yesterday and ended in the wee hours of the morning, Moonie wanted nothing more than to snuggle up and cuddle.

But the moment the sun rose this morning, he was jumping up and down on the bed. “Snow! Snow! Let’s go shovel!”

“Moonie, the neighbors don’t want to hear the scrape of shovels at 7 a.m.,” I grumbled.

He disappeared, and I thought maybe he went to torture Kitty with some jokes, but when I couldn’t find him in the apartment I peeked outside. He was standing with my snow shovel, holding one of his own – a Moonie-sized spatula, complete with a little cupcake.

Moonie turned out to be a pretty good shoveler. Little mounds of snow came flying out in every direction as he dug, happily telling snow jokes.

“What do snowmen eat for breakfast?”
“What, Moonie?”
“Frosted flakes!”

The only problem was when his whole little body would disappear into snow drifts that were many times taller than he. He’d keep on telling jokes, but his voice would suddenly be muffled, and I’d peer down to try and find his shock of pink hair deep in the snow.

(muffled) “Where does a snowman keep his money?”
“Where, Moonie?”
(muffled) “In a snowbank!” 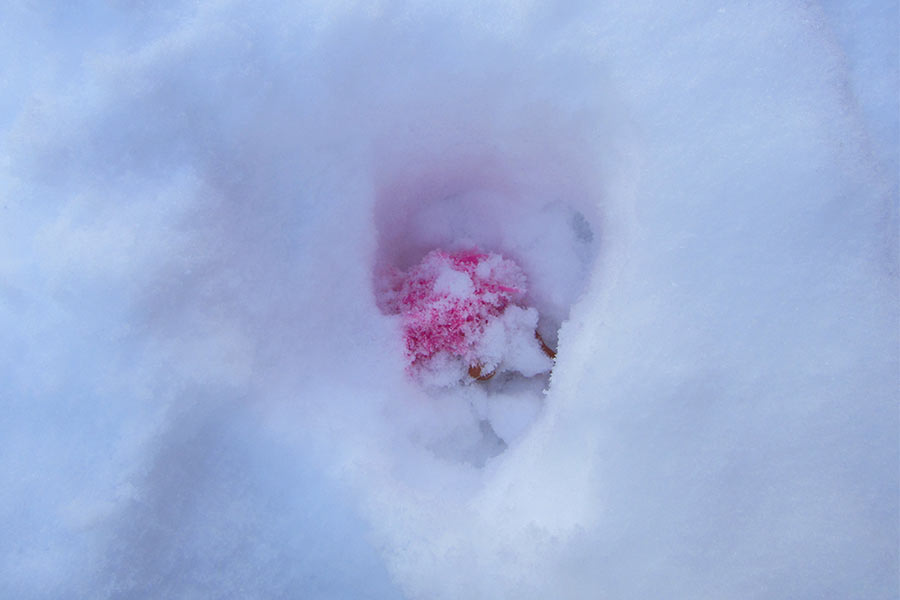 “What do snowmen eat for lunch?”
“What, Moonie?”
“Icebergers!” 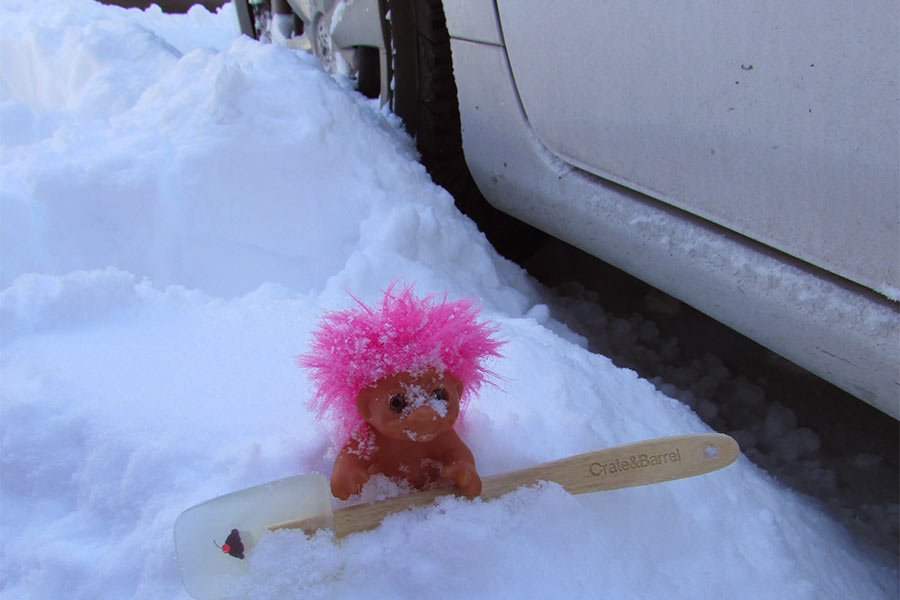 A few years ago my mom had given me a “snow broom,” which is fabulous for pushing snow off your car. It’s also very lightweight, being basically a piece of foam on a stick. Moonie had no trouble wielding the snow broom, and in minutes my car was clear and he was smiling proudly. 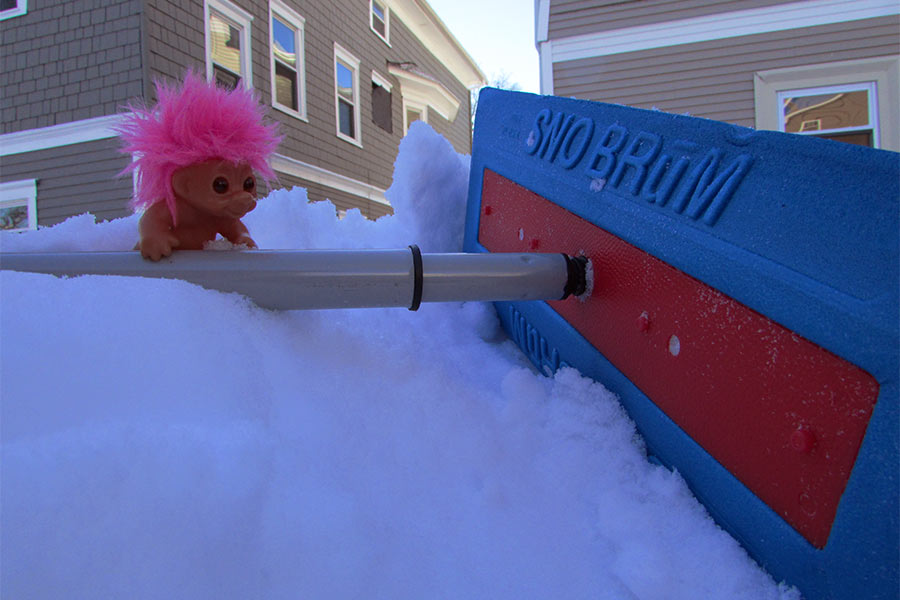 But I did hear his little teeth chattering, and his itty-bitty fingers and toes were looking a little more blue than pink, so I asked if he’d like a cup of hot chocolate.

“In our biggest mug?” he asked.

“With one of the salted-caramel chocolate spoons Auntie Ilana sent us for Christmas?” he asked.

“OK,” I said, but needn’t have bothered, as he was already dragging over one of the spoons.

In moments his teeth had gone from chattering to grinning. 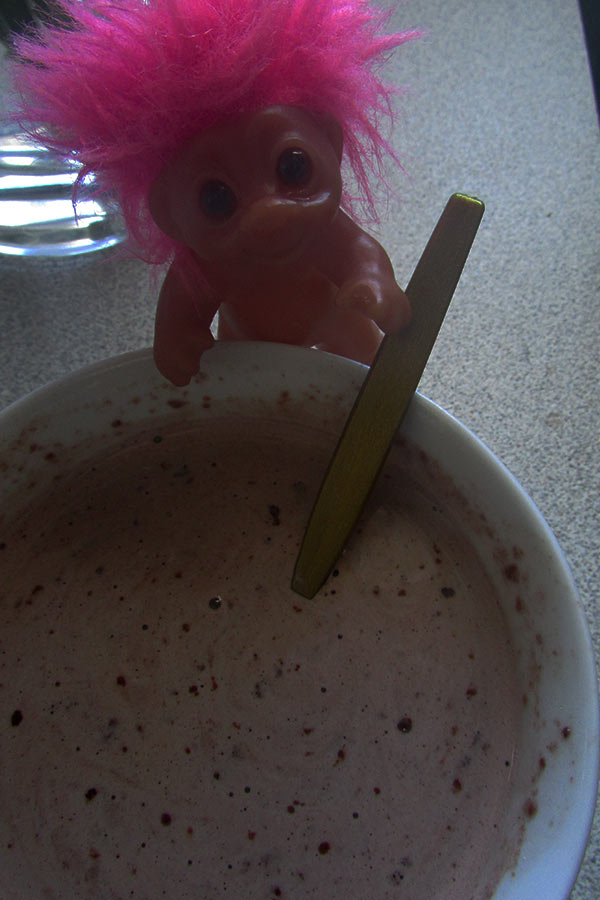 “Snow shoveling is fun!” he shouted.

I guess I couldn’t argue with that. He looked too happy.