Oh boy! It’s Halloween!
That’s Moonie’s FAVORITE holiday!
Just like Christmas is and Easter is and Labor Day is and….

Well, anyway, he’s been pretty excited about telling the kitty this joke.

Moonie: “Why didn’t the skeleton go to the dance?”
Kitty: (yawn)
Moonie: “Because he had no BODY to go with!” (rolling and kicking his little legs in laughter)
Kitty: zzzz

He’s also been excited about dressing up, and he kept disappearing into his little Moonie workshop, where he whistled as he worked with what sounded suspiciously like hammers and saws.

He first appeared as Sherlock Holmes. 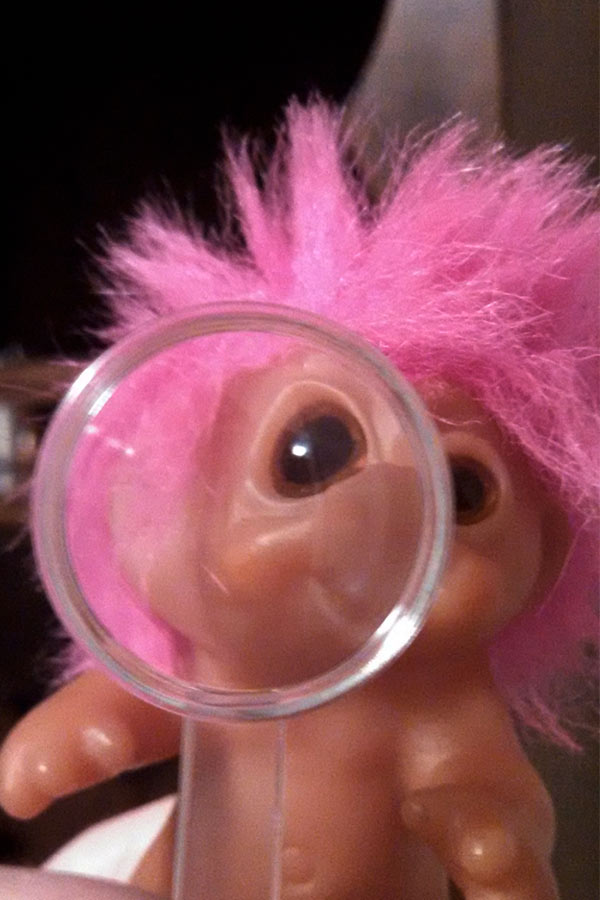 But when I couldn’t take him shouting, “ELEMENTARY, DEAR WATSON!” every three minutes, I asked if he had another costume in mind. He brightened up and disappeared again.

I needed to pee and realized something. “Moonie, did you take all the toilet paper?”

“What do parents dress up as for Halloween?” he asked.
“Really, Moonie? You needed three whole rolls of toilet paper for that?”
“MUMMIES!” he shouted, hooting in laughter.

I asked him to change out of his outfit, but he walked back in while he was about halfway there, now looking like this.

“What did Caesar say to Cleopatra?” he asked.
“What, Moonie,” I sighed.
“Toga-ether we can rule the world!” he shouted.
“Toilet paper,” I reminded him, tapping my foot.

Finally, he emerged from his workshop with a suitable outfit.

“Aw, how cute, you’re a little baseball player!” I said.
“I am famous Hall of Famer Carl Yastrzemski,” he responded, a little haughtily.
“Well, it’s nice to meet you, Mr. Yastrzemski,” I said, shaking his tiny little hand.

“Do you know the rules in zebra baseball?” Mr. Yastrzemski asked me.
“No, what are they?” I asked.
“Three stripes and you’re out!” Yaz hooted, then laughed himself silly.