One sunny August evening, Moonie and I were supposed to be running a quick errand downtown when we were both suddenly filled with joy. The sounds of drumming in Burnside Park were calling us, and we answered.

Sidy Maiga and his group AfriManding were playing an extremely spirited set at the Burnside Park Music Series. It’s one of several annual summer music series in and around Providence, and how could we resist its charms? Especially with Sidy’s winsome, welcoming smile to the dozens of people who, like Moonie and me, had followed the sounds of joy to the park.

In no time we’d joined the crowd enjoying summer evening Trinity and Sam Adams brews and bopping to the energetic drumbeats.

Sidy is a performer and educator who lives here now but returns to Mali several times a year to perform and sometimes to record. He and his bandmates had a great rapport that evening, and everyone was having a blast. 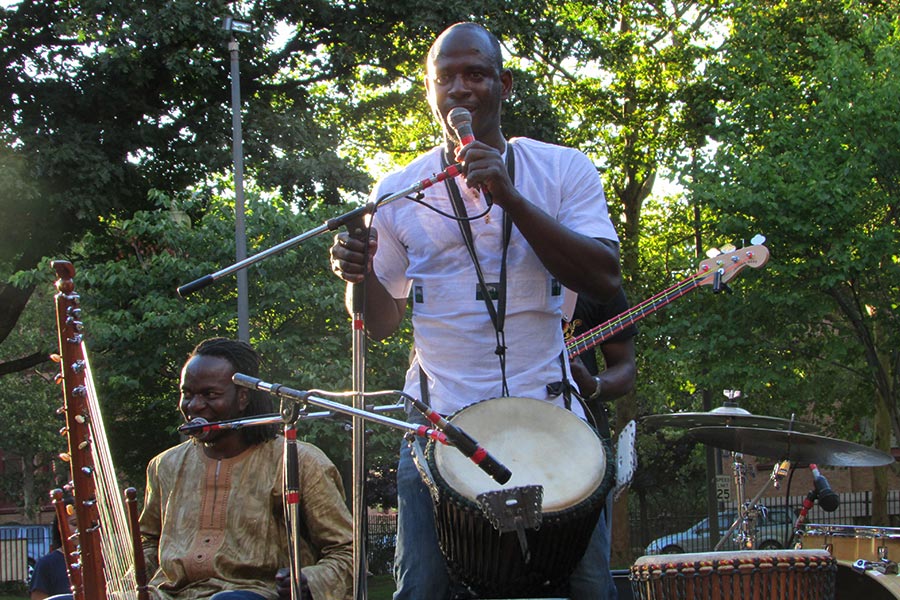 Sidy enjoyed some of the front-row dancing so much, he leaped off the stage and over a rope to join them! That had Moonie hooting with joy. 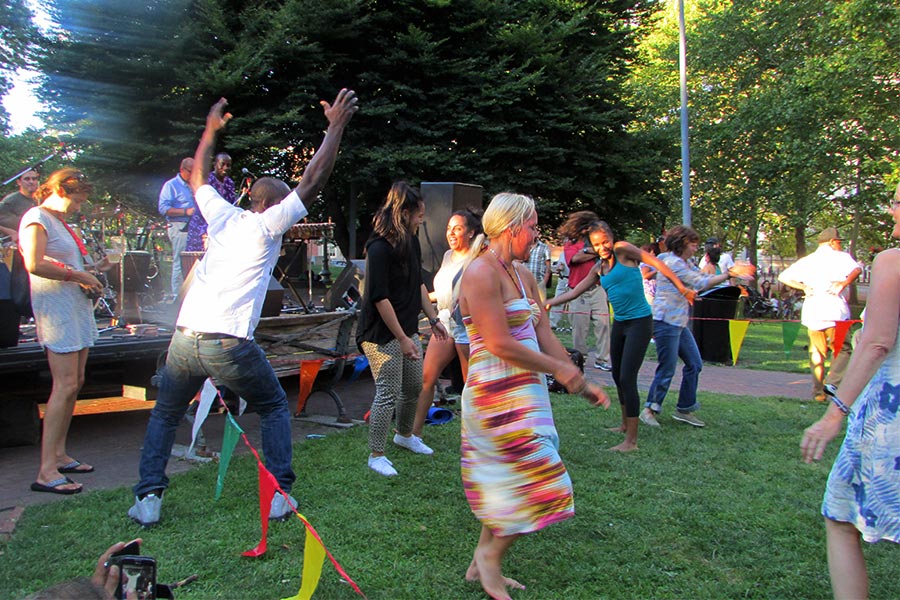 He did return to the stage, though. He had more great music to play. Balla Kouyate and Cliff Wood were happy to join him, too!

(I think the drummer’s name is Dan Raposa.) 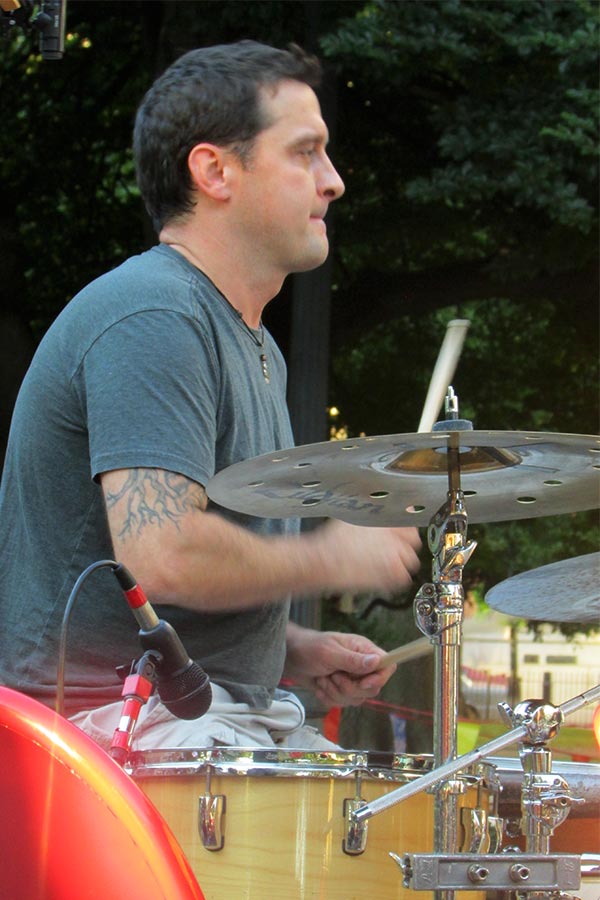 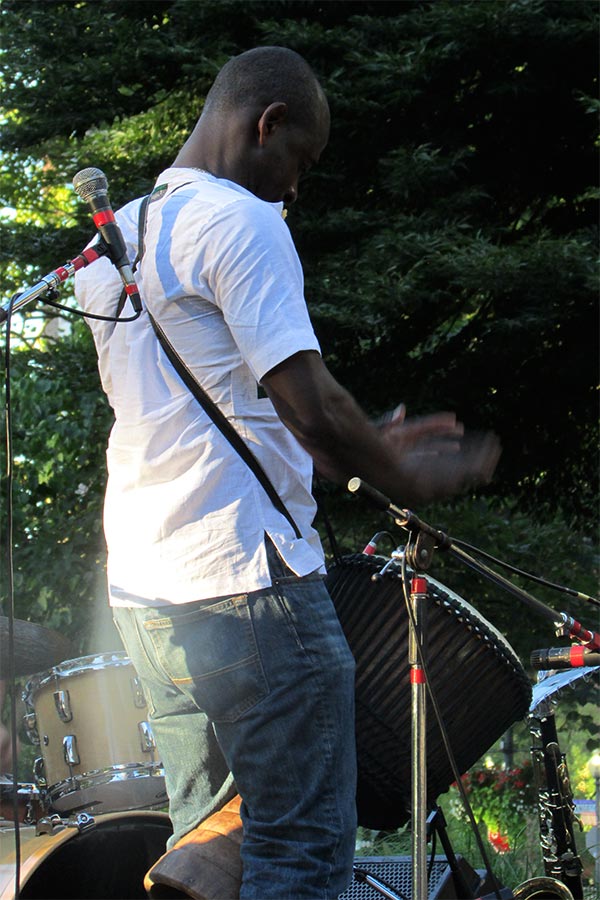 Bassist Jhony Keys seemed to be having a blast as well!

It’s hard to tell from this angle, but Yacouba Diabate is playing the Kora, a West African 21-stringed instrument that combines a lute with a harp. He seemed to be having a ball with it! 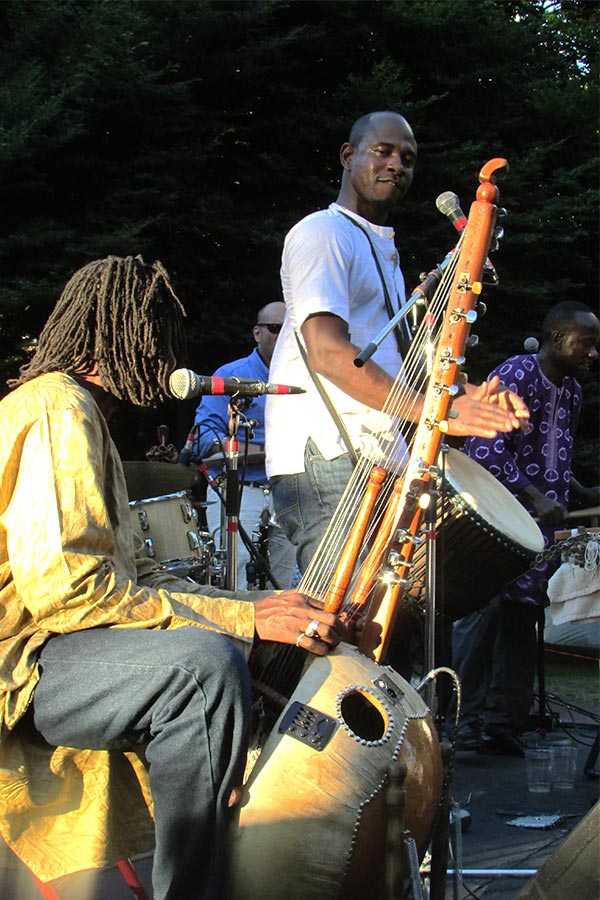 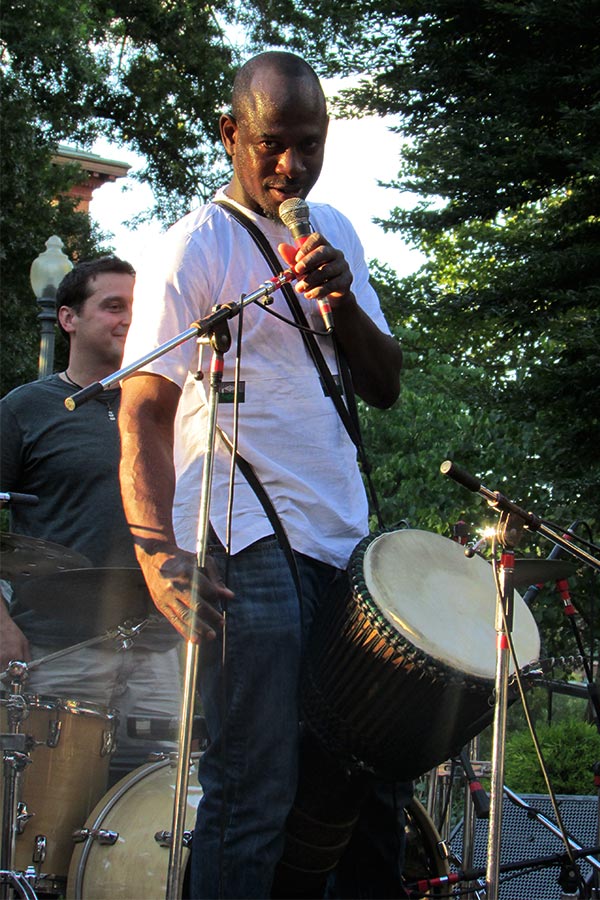 Sidy and Yacouba were kind enough to pose with Moonie for a quick little photo. He was so happy!

Moonie pulled out some money – don’t ask me WHERE he keeps it, given that he has no pockets – and immediately bought a copy of Sidy’s latest album. He has been on cloud nine ever since and puts it on whenever he wants uplifting drums as a backdrop to his day. He recommends you grab a copy. It’s good stuff!