A few weeks ago, Moonie insisted we check out “Flowers vs. the Frost,” which was billed as “a celebration to embrace the end of the growing season,” at the downtown club Aurora.

Boy, does my dude like to embrace things that grow. 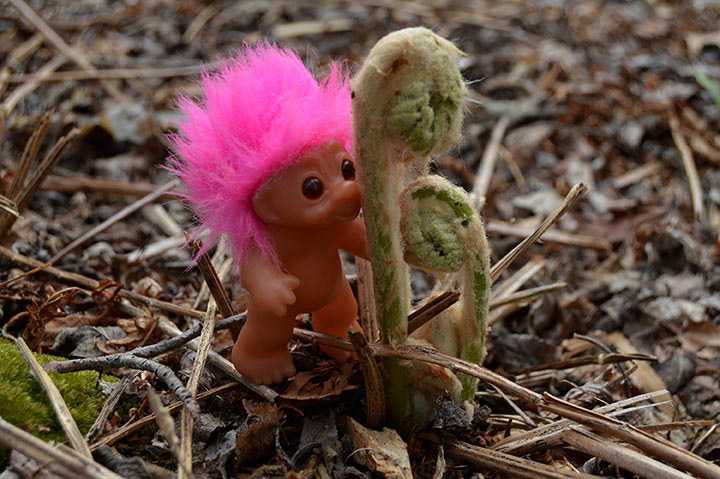 Flowers vs. the Frost turned out to be a group of happy people bringing together all the flowers still left – many grown and donated by a nice young lady we met there – for a last joyful arrangement instead of letting the frost take them away. Everyone collaborated in some way in using the petals to create images like they do in Day of the Dead altars in Mexico.

My dude sure loves art and celebrations. And, of course, flowers.

First he checked out one of the drawings that our friend Jen was making, which would be turned into flower art.

Then Moonie helped out at the “beheading station,” where the flowers were de-petaled so they could become art. 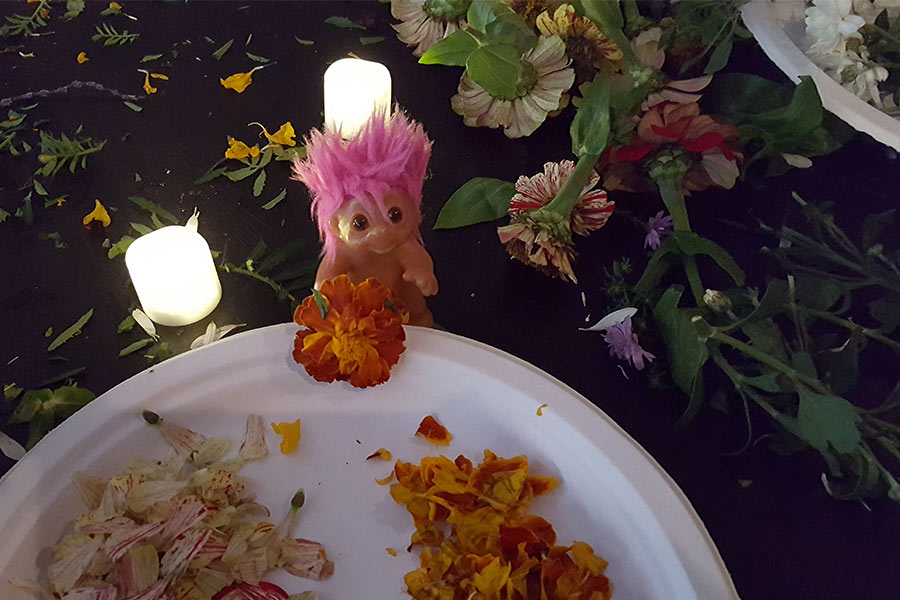 Wow, look at that cool drawing of Frida Kahlo. 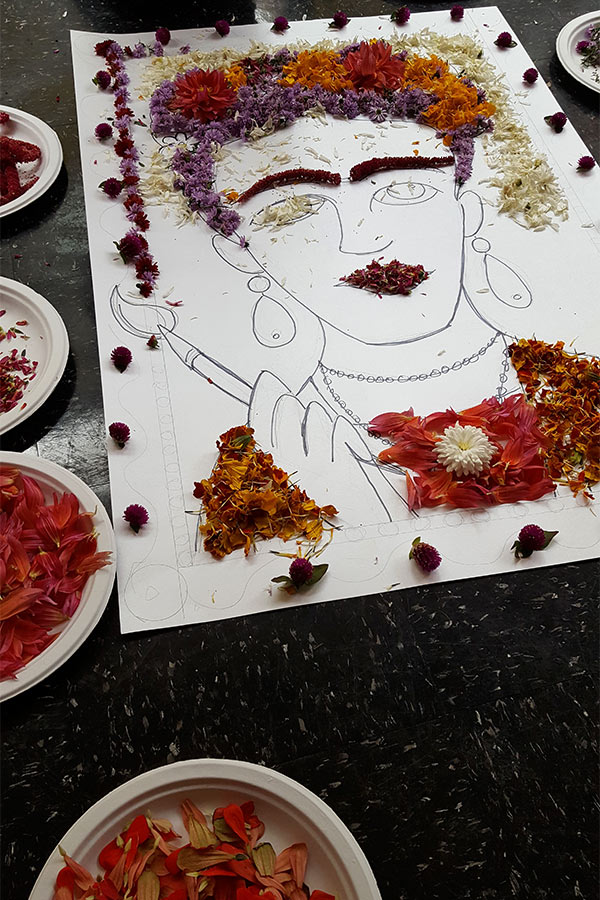 And there’s the bee Jen drew! 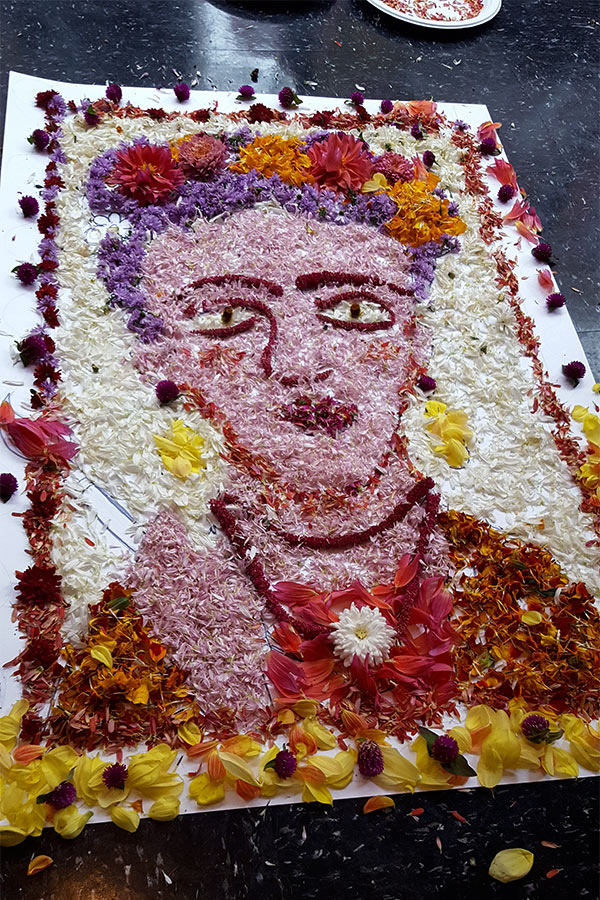 And the bee looks amazing, too. 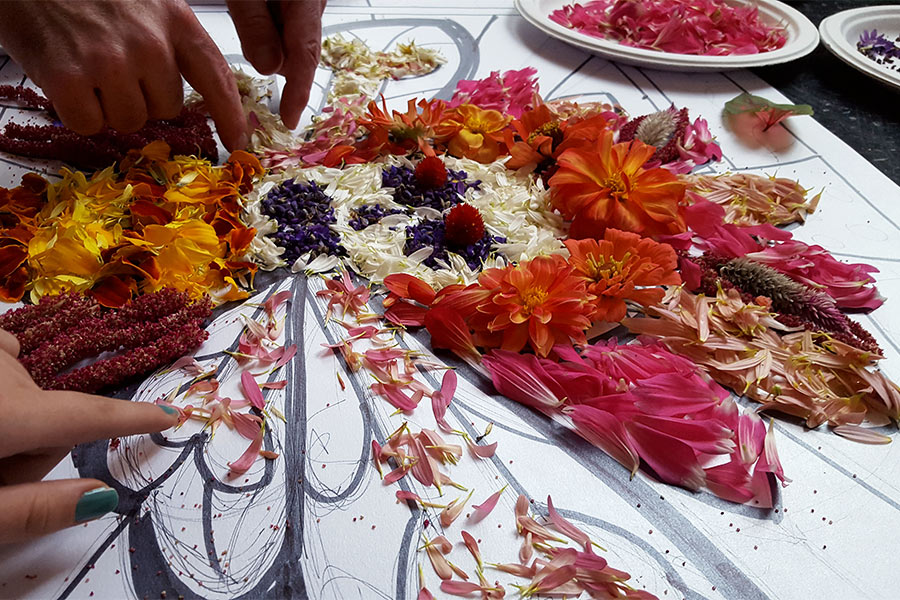 So many people were making fun flower art, Moonie insisted on making his very own. But he’s so little that he got exhausted running back and forth just placing little bits of petals on this drawing.

(Don’t worry, someone else finished it for him – and it came out great!)

We had to get going, but Moonie had to run over for one look at Jen’s bee, which Moonie’s friends Zoe and Jim were helping to cover in petals.