For the third year in a row, people who believe that food containing GMOs (genetically modified organisms) should be labeled gathered together to raise awareness and support. GMOs can harm beneficial insects (as a former beekeeper, this is particularly important to me) and increase risk of illnesses such as cancer and birth defects (as a human being, this is even more important to me). We should know when we’re eating plants or animals that have been injected with genetically modified and engineered ingredients. But we don’t.

Monsanto is a big company with deep pockets that lobbies to protect their various GMO foods from being labeled, both fearing and knowing that informed Americans would make better choices than their modified crops and their growth hormone-tainted animal products. They also keep winning. Despite scientific evidence of GMOs’ harm, money and power talk. The recent Monsanto Protection Act passed by Congress and President Obama bans courts from halting the sale of Monsanto’s genetically altered seeds. If we can’t stop bad things from invading the products sold to us as food, we should at least know the bad things that are in them. That’s where even we little folk have power.

Moonie may like Oreos and other processed foods, but he likes fruits and veggies and meat and milk, too. But he also doesn’t want to eat, or want me to eat, foods that we THINK are healthy but aren’t, all because companies are hiding ways they may have been treated with chemicals or engineered to be resistant to some of the pesticides their big growers use, which also changes their genetic make up ways that could end up harming us, the consumers. That’s why we joined in Providence’s March Against Monsanto yesterday. Moonie, like the adorable baby that rode in this buggy, deserves the opportunity to eat unpoisoned food. 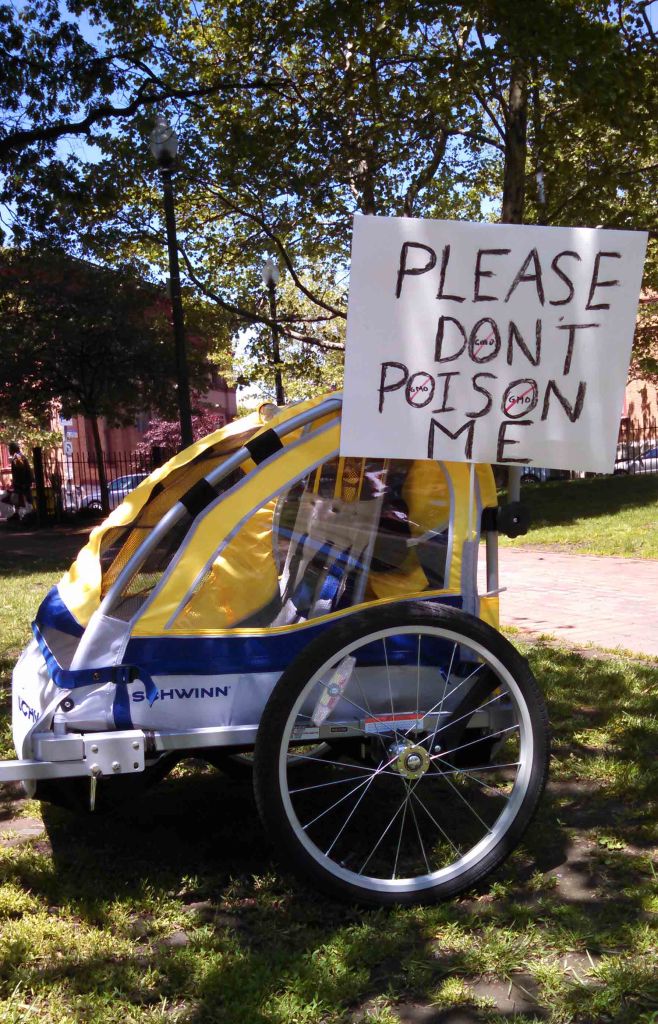 Even this dog (which was so soft and so fluffy that Moonie and I wanted to pet him forever) deserves that right.

Moonie had a contender for “smallest and cutest protester.” This little girl in front of us could have passed for Cindy Lou Who.

We made sure to write a personalized statement when signing a petition to label all GMO products. 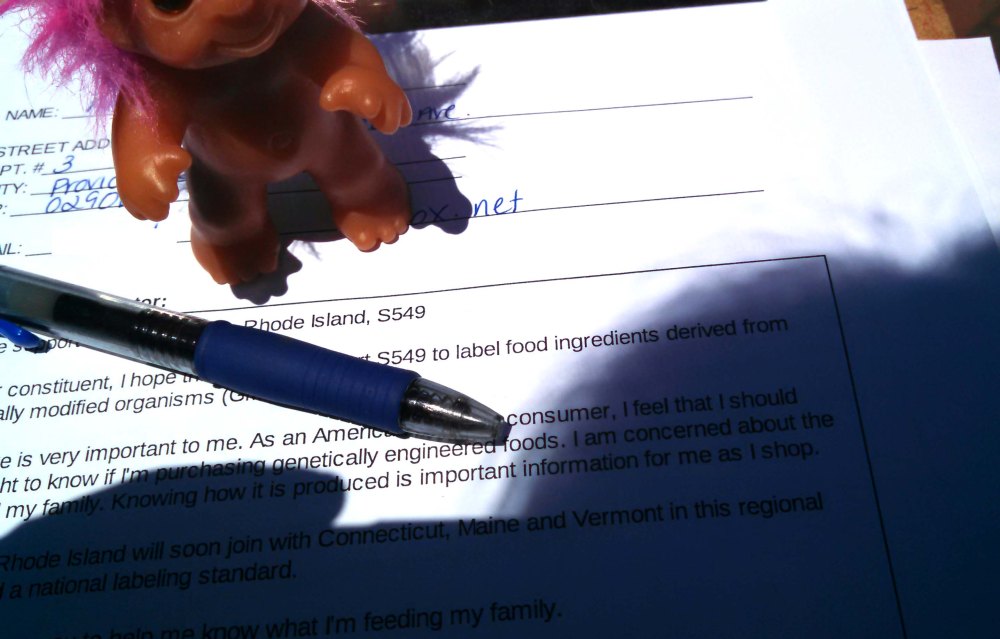 We also enjoyed the signs that protesters around us had made.

We’d missed the part of the protest that gathered at the State House, the hub of all political decisions in Rhode Island, so Moonie and I went there, gazing up at the Independent Man statue hundreds of feet above our head. 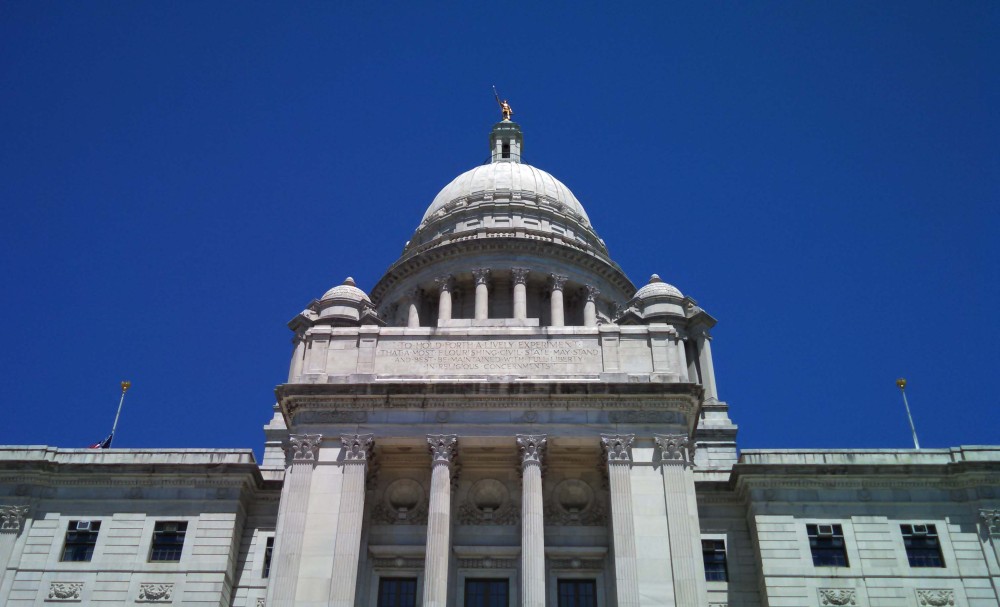 To fanfare that only he could hear, Moonie triumphantly held up the protest sign he’d made all by himself.

My proud little dude has spoken. Senators, representatives, our health is in your hands now. Please label GMOs. For all of our sakes – even Moonie’s.