Moonie’s first-ever outing since coming into my life was seeing Cardboard Ox, a wonderful duet consisting of Tracie Potochnik and Steve Allain, and he’s adored both Tracie and Steve ever since. So he was overjoyed to catch Tracie not once but TWICE a couple of Saturdays ago. 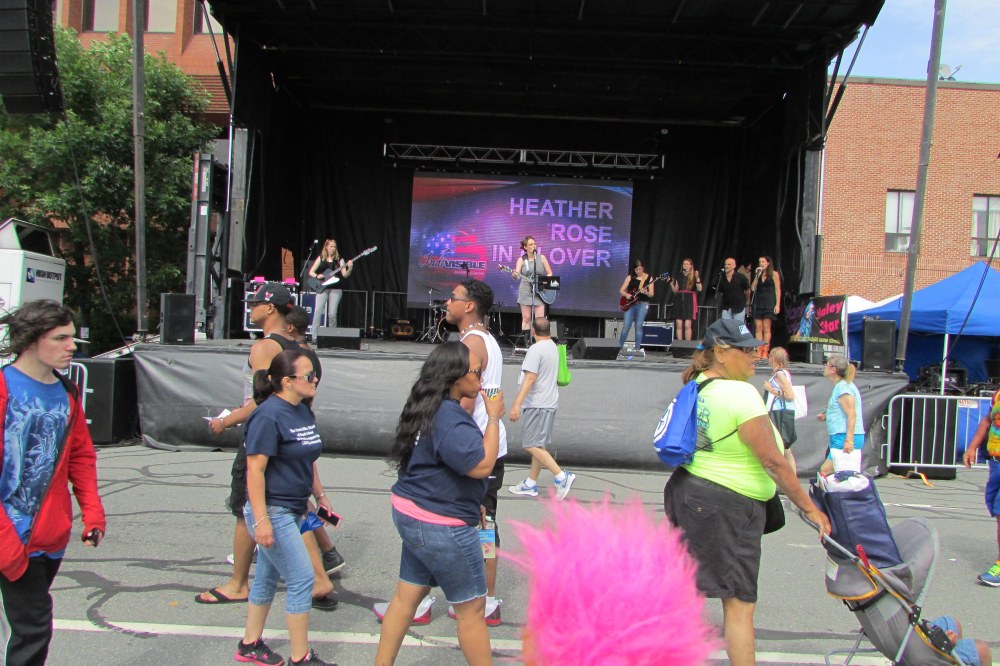 First, Tracie joined some friends singing backup for Heather Rose in Clover at Rhode Island PrideFest, where Moonie also got to hang out with Tracie’s partner, Matthew Clowney. Matthew is a talented photographer and videographer and is on the faculty at RISD. He also recently completed a very cool project called the Trans Family Photo Gallery, which is a traveling art exhibit for children, designed to spark conversations, about a family with a transgendered grandparent. Matthew was pretty nice about letting Moonie help him record the live music at Pride, even if the headphones were a little big for Moonie. 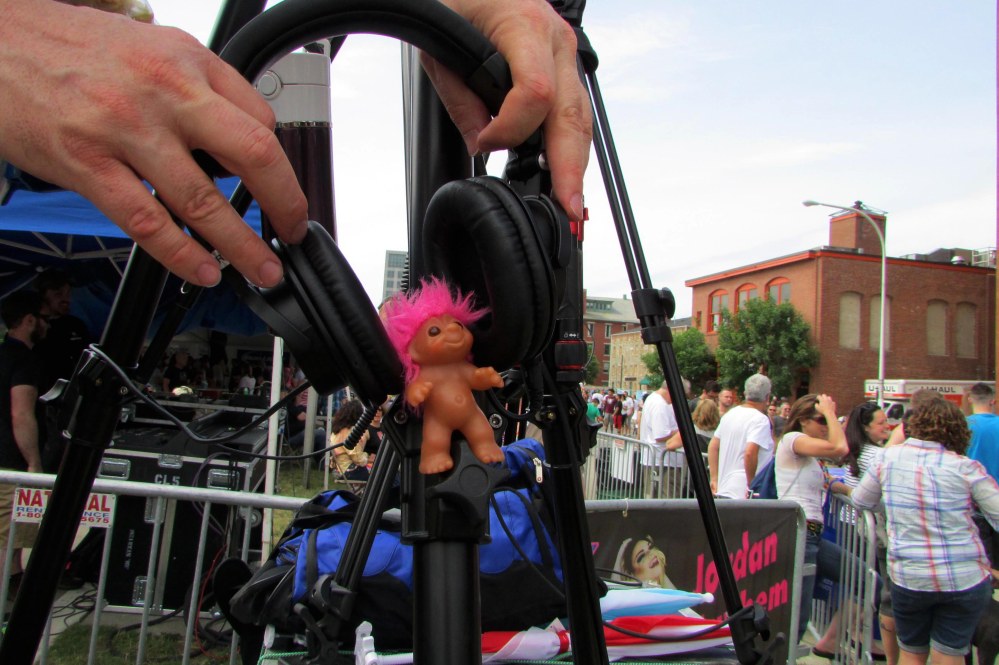 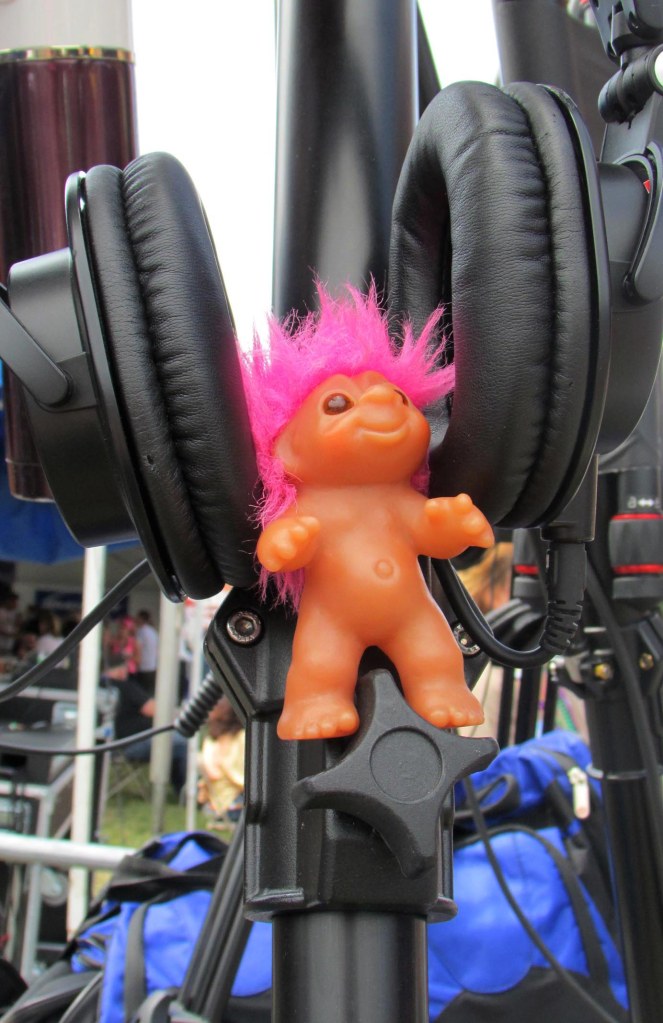 Then, Moonie got to see Tracie and Matthew again later that night, when Tracie performed with Cardboard Ox at the Downtown Sundown Music Series. 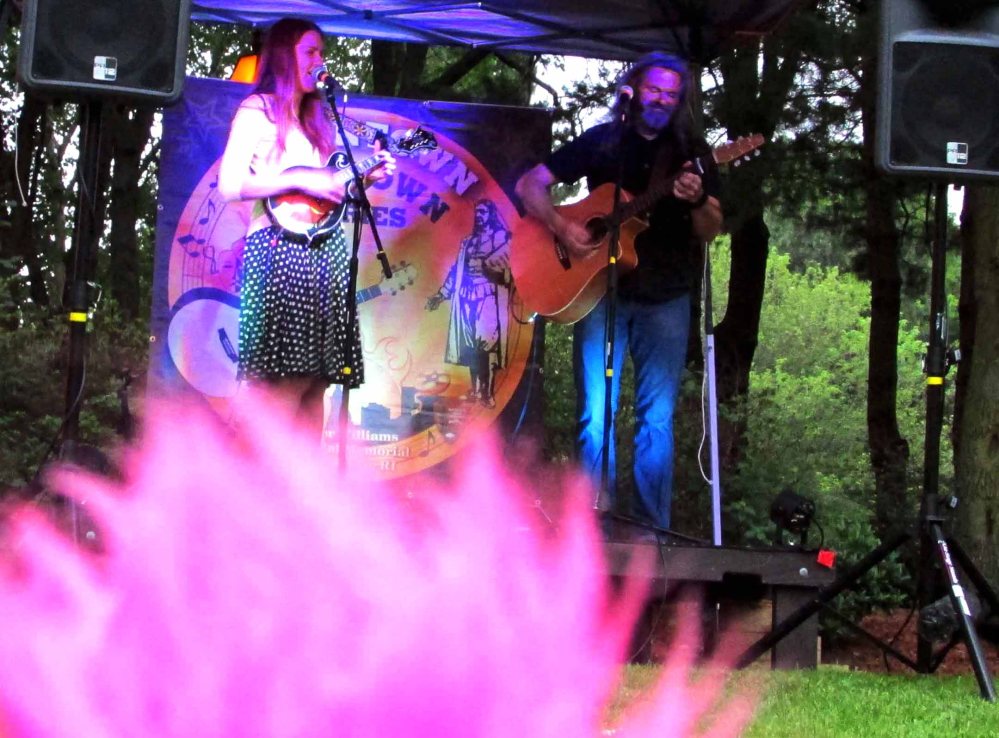 Moonie was excited to sit near Tracie and Matthew, who are both very cool and sweet and funny, and he asked if he could pose for a photo with them. Unfortunately, he told Matthew one of his knock-knock jokes just as the photo snapped, and it accidentally captured the faces people make when Moonie either farts or tells his favorite jokes. 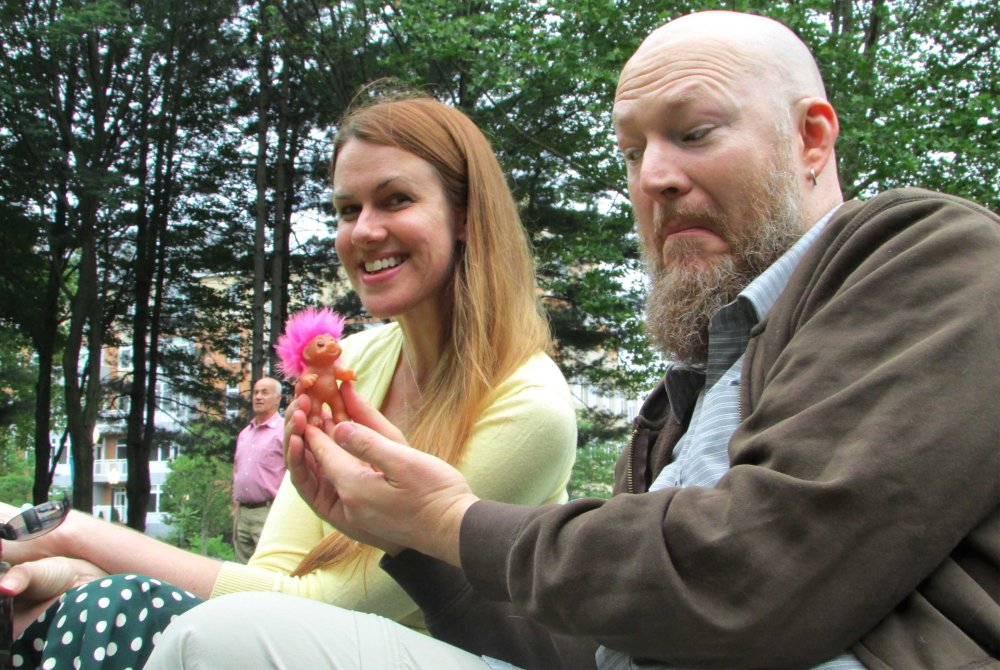 The second photo came out much better. 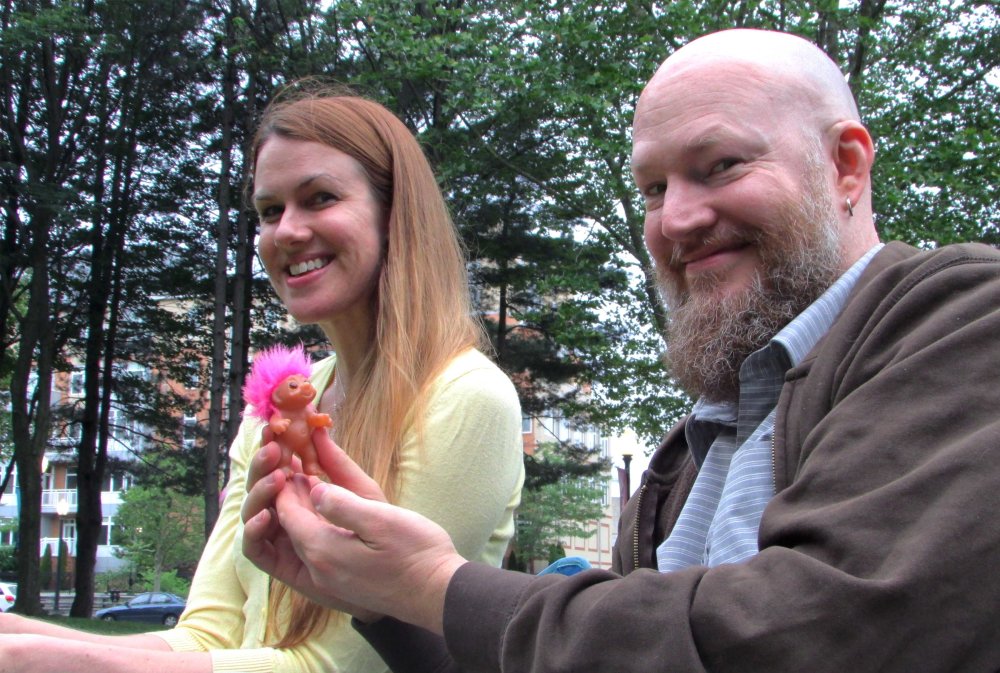 Catch Cardbox Ox on July 14th at Pub on Park in Cranston; July 27th at Newport Bridge Fest; and August 30th at Providence Folk Festival. If all goes well, Moonie’s little pink tuft of hair will be grooving in the front row at each show. I’ll try to get him to leave the knock-knock jokes at home.