When you’re three inches tall, you can get pretty excited about short things.

So Moonie was elated about attending Merging Arts Productions’ 9th annual “Short Short Story Film Festival” a few weeks ago. The festival included four screenings – two each of a 17-set of “heartstrings” films and a 17-set of “headtrip” films – followed by a late-night reception, and Moonie was ready to rock.

We arrived a few minutes early for a 7:00 screening at wonderful AS220.

There was already a pretty good crowd!

Moonie was pretty excited to vote for his favorites (even if he had such a tough time doing so, sweat rolled off his tiny little brow. He wanted everyone to win!) 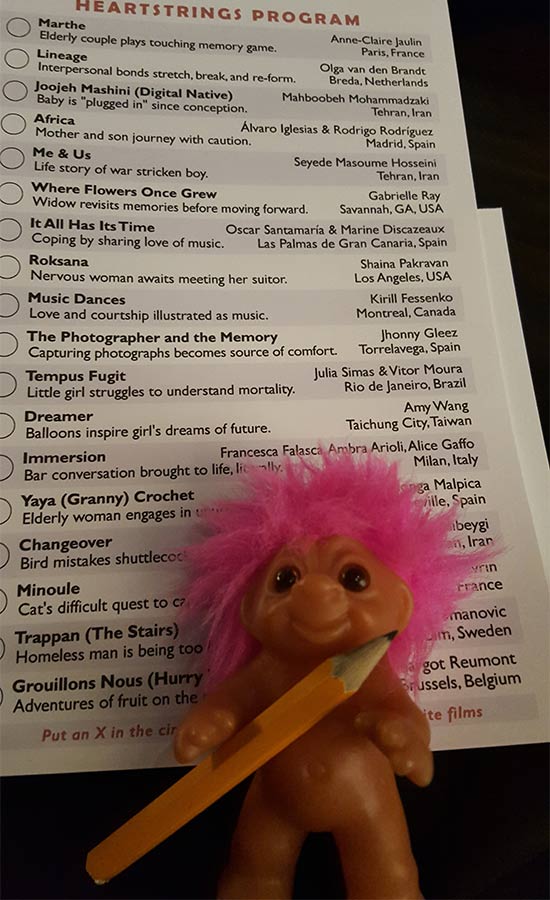 Toni Pennacchia, half of the duo behind MergingArts Productions, regularly DJs on several different regional radio stations and was spinning world and atmospheric music between shows. Here she is introducing the concept of the Short Short Story Film Festival, which is pretty neat.

MergingArts attracts filmmakers from all around the world and never charges them a submission fee. The films vary widely but all tell a story in under six minutes. Audience votes are tallied for an audience award, and MergingArts Productions also lines up talented national and international cinematographers, animators, costume and production designers, and composers (the lists of big movies the judges have worked on was dizzyingly impressive!) to serve as judges for juried awards. To make the festival even more magical, MergingArts commissions past festival winners to make the awards for the current winning filmmakers. Such a fun touch!

In between sets, Moonie and I took a break. He always likes hanging out in the ladies’ room at AS220, which has some fun trippy walls. 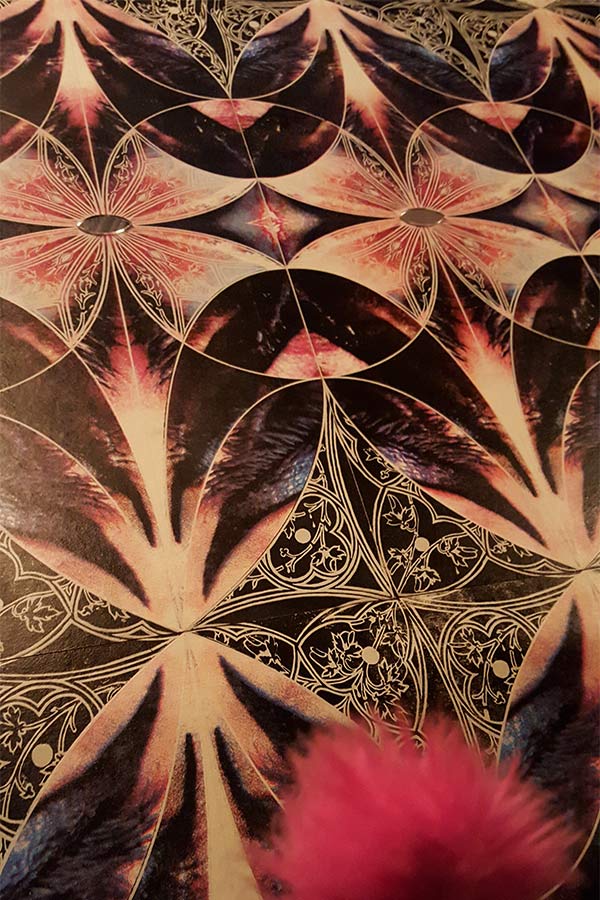 We enjoyed a tasty bowl of butternut squash soup at the AS220 FOO(D) counter – even if Moonie polished off most of it himself.

And my pint-sized art critic always loves a chance to see what’s currently on AS220’s walls.

Then it was time for the second program of films and more enjoyment and voting. Moonie chose a different seat this time to mix things up.

After the programs were over, Johnson & Wales culinary graduate Jessica Suggs prepared some tasty treats for the reception. 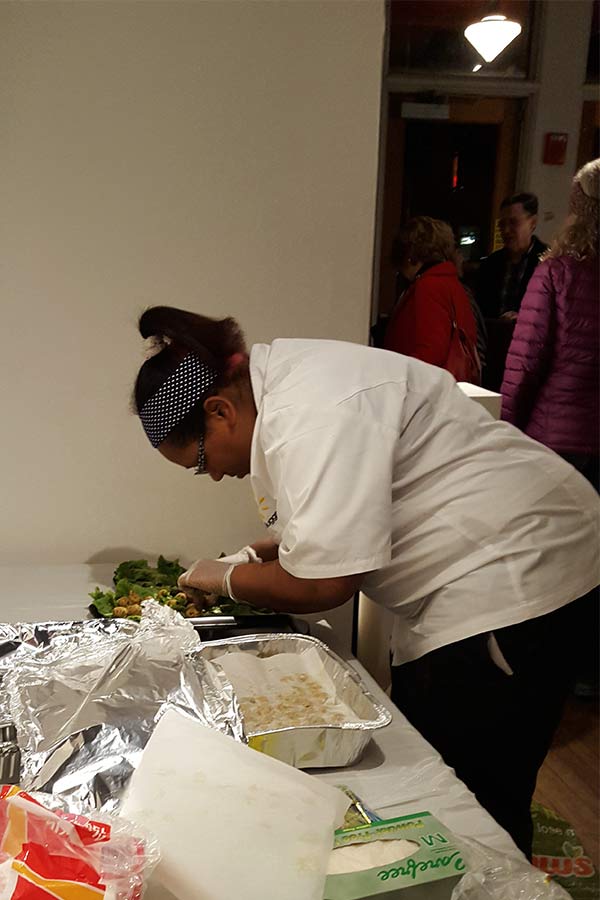 As people chatted around us about films and art and food, Moonie tried to pick a sword fight.

But he’s a lover, not a fighter, and he loved his vegan meatball (made of lentils and herbs) and cookie, following it all with a tasty glass of Jessica’s homemade Thai bubble tea.

Someone is looking forward to next year’s yummy celebration of very short things!