Moonie has been to Nice Slice many times, sometimes to enjoy the yummy and affordable pizza and sometimes to admire the Shepard Fairey artwork splashed all over the walls. On Friday, after checking out Black Friday Record Store Day a few doors down at What Cheer Records + Vintage, Moonie had only pizza on his mind.

Well, first he had soda on his mind. The dude loves Pellegrino. He is terrible at making decisions because he’s afraid if he chooses one flavor, the other flavors will feel bad. Sometimes this results in us having four different cans of soda, which Moonie’s dentist probably wouldn’t approve of.

We had the same trouble choosing a slice of pizza for Lord of the Pies. They all looked so good! 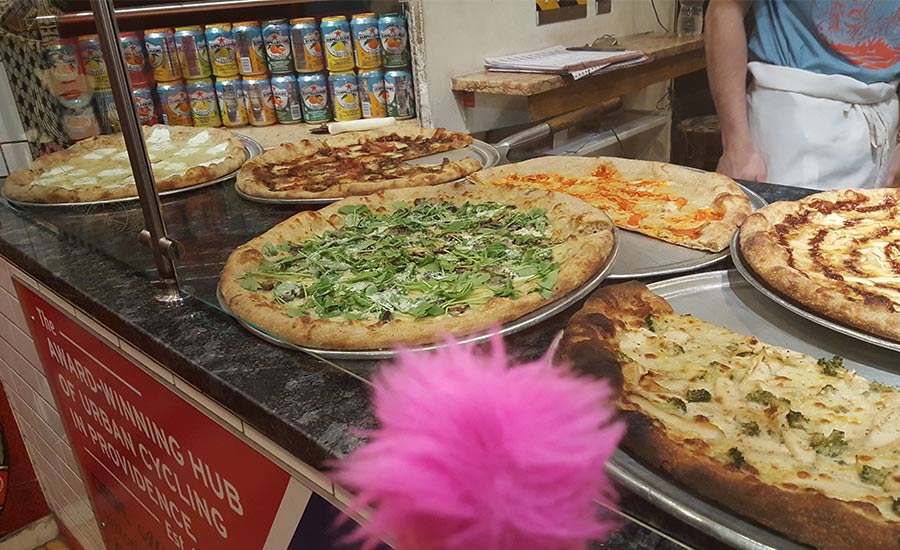 After careful deliberation, Moonie chose the barbecue chicken, but he asked that they add some buffalo sauce as well. The dude loves sweet things, but he likes to round them out with a spicy kick sometimes, too.

While we waited for Moonie’s slice to be heated, the nice guy at the counter pulled out a friend for Moonie to play with: Yoda! Moonie was overjoyed and started telling him every knock-knock joke he knew.

“Heard that one before, Yoda has,” Yoda kept saying, but to no avail. But then, to his relief, our pizza was ready, and Moonie happily moved on from torturing his new pal Yoda with jokes, instead diving into his buffalo-and-barbecue chicken pizza. 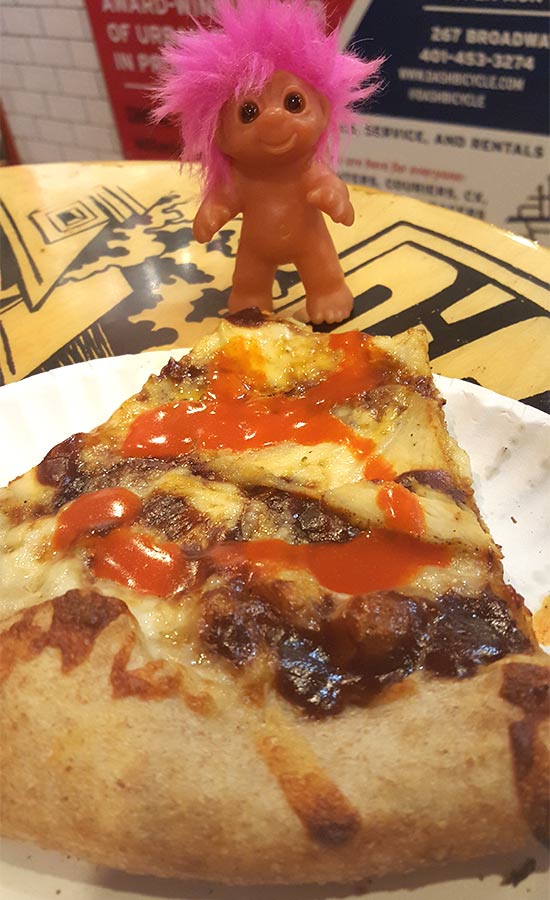 He says it was DELICIOUS.