I have news, folks: Blaze East Side is no longer on Hope Street. Instead, they moved a couple miles down the road into Hope Artiste Village and are now Blaze Village Kitchen.

Instead of two dark rooms, they have one giant, airy space.

And they still line their windows with rows of warm-colored throw pillows. Moonie says they’re quite comfy.

We decided to sit at the bar last night, as it was a slow Sunday night. The nicest lady in the world was bartending. She kept calling us “babe” and “honey” and “sweetie” until Moonie’s little cheeks matched his hair.

He had a tough time choosing his flatbread. The Lord of the Pies deal was flatbread with marinara sauce, cheese, and your choice of any $1 topping.

Moonie has been on a Popeye kick lately, so he chose spinach.

Then he had another tough choice to make: a drink. There were lots to choose from. They didn’t have pear cider (the bartender agree that was a shame; she likes it, too), so Moonie went with apple cider, which he said was the perfect drink for a fall New England night.

He played “horsie” with a little keg on the counter.

And watched a little football over the pizza oven.

And swapped some bad jokes with his pal Slothy the Sloth.

But when his flatbread came, he was down to business, diving into the hot yummy cheesy goodness. 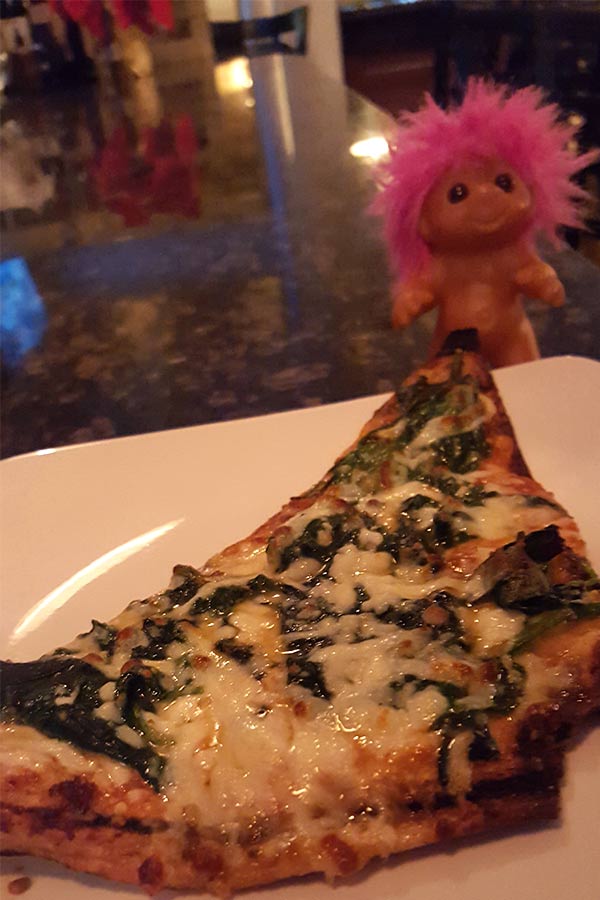 Dan and Slothy seemed happy with their kimchi flatbread. 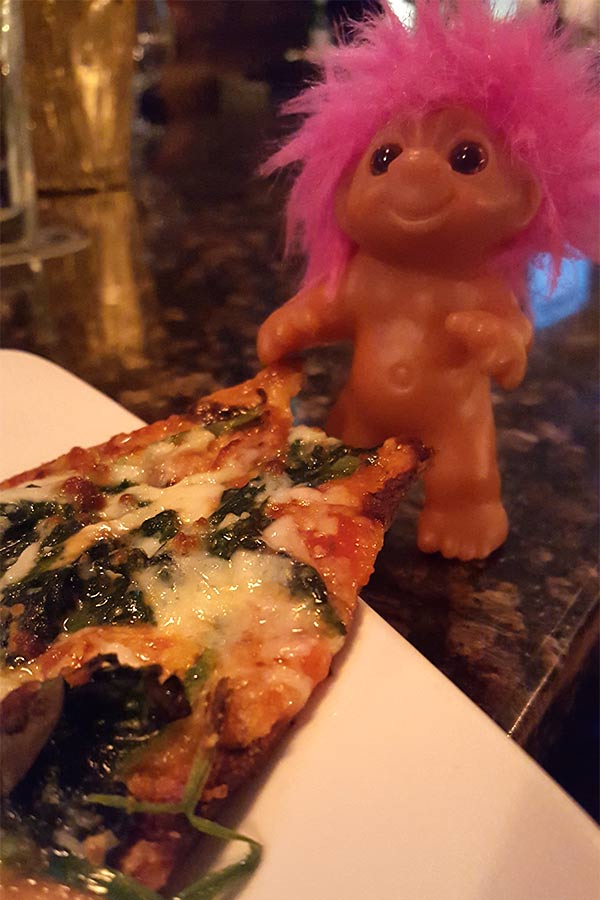